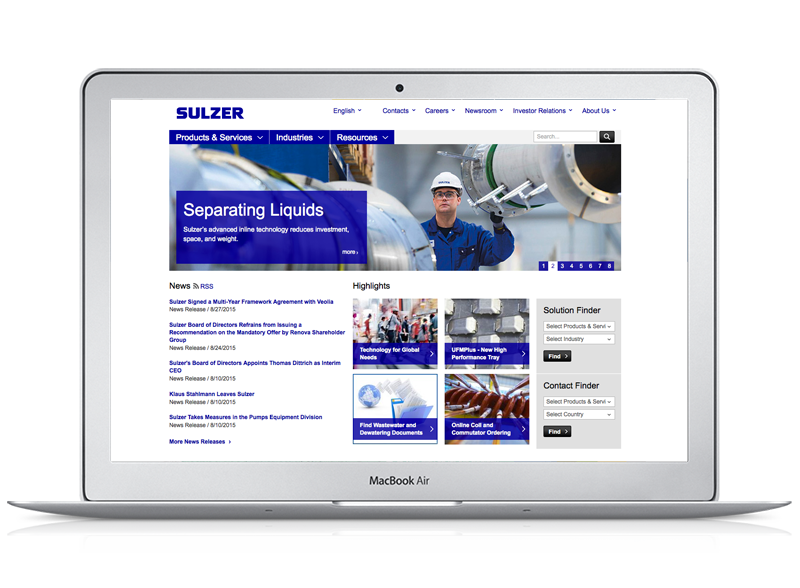 Sulzer Chemtech is one of the leading providers of products and services for separation and mixing. For decades, Sulzer Chemtech has been recognized throughout the world as an innovator in the field of mass transfer technology. With facilities worldwide, Sulzer is able to provide local support to the world’s major industrial centers.

Marketects was contacted by Sulzer Chemtech USA over ten years ago. The Swiss owned company was just beginning an aggressive push into the U.S. market, beginning with the acquisition of one of their major competitors. While they were well known as leaders in the field of mass transfer in Europe, South America, and Asia, they needed to establish brand recognition and credibility in North America.

The company had well established brand standards; however, they needed an American marketing agency with industrial experience to create communications that resonated with the U.S. market.

Marketects work began with developing marketing literature, trade show display materials, direct mail pieces, and ad campaigns that were consistent with the brand image and identity; but created with the U.S. customer in mind. After approximately seven years, sales, and the results of reader surveys in key trade publications indicated that we had accomplished Sulzer’s original goal. They had become an established brand within the North American hydrocarbon and chemical processing industries.

Our next major task was to reshape the Sulzer Chemtech image so that they were not only seen as a products/services provider, but as a complete solutions provider with engineering expertise, CFD studies, and test facilities that enabled them to tackle the toughest separation and distillation problems in the world.

“Sulzer Chemtech has been working with Kerry O’Malley and Marketects as our Advertising Agency since 2002. Kerry has helped Sulzer U.S. increase our visibility and craft our image in the North American market via creative print ad campaigns, marketing collateral, electronic media, ad specialty items, and other marketing communications. I would highly recommend Kerry O’Malley and the Marketects team.”
Rodney Alario – Director of Sales, North America

We began an ad campaign that was intended to look like an editorial feature in a trade publication, rather than an actual ad. The “ads” were written in a “technical bulletin” style: situation – problem – solution. Each one had a low self-promotion ratio, and delivered valuable insight from Sulzer’s engineering staff. This was an aggressive undertaking, since Sulzer regularly advertises in 4-5 trade publications each year, and the goal was to have a unique “Tower Technical Bulletin” for each ad insertion. Marketects worked closely with Sulzer’s engineering staff to develop the “TTB’s.”

After three years of this campaign, readership studies again indicate that we have accomplished our goal. Sulzer Chemtech is now not only a well-established and credible brand, but seen as a leading source of custom, technical solutions that many of their competitors cannot provide.

The bottom line: Becoming recognized as the leader in any field doesn’t happen overnight. It takes time, an investment of resources, and the infrastructure to back up the brand promise. Because Sulzer Chemtech U.S. understood this, they have gone from being virtually unknown in North America to being recognized as the leading expert in the field of mass transfer technology, products, and services.

Call Marketects today if you’re ready to make the investment in positioning your company as an industry leader! 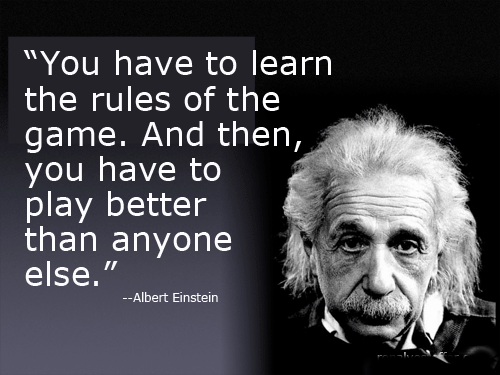 Search engine optimization, or SEO, is more important than ever before in the competition for qualified visitors to your website. With 84% of B2B marketers using… More

How long does it take for inbound marketing to work?

I write a lot about the advantages of inbound marketing and how it can help increase business for industrial companies. I also have many conversations about it, and… More

Marketects offers creative marketing services for manufacturers and industrial service companies. Smart strategies, both digital and traditional, for promoting your products and services increase your brand recognition and credibility and help to build new business.